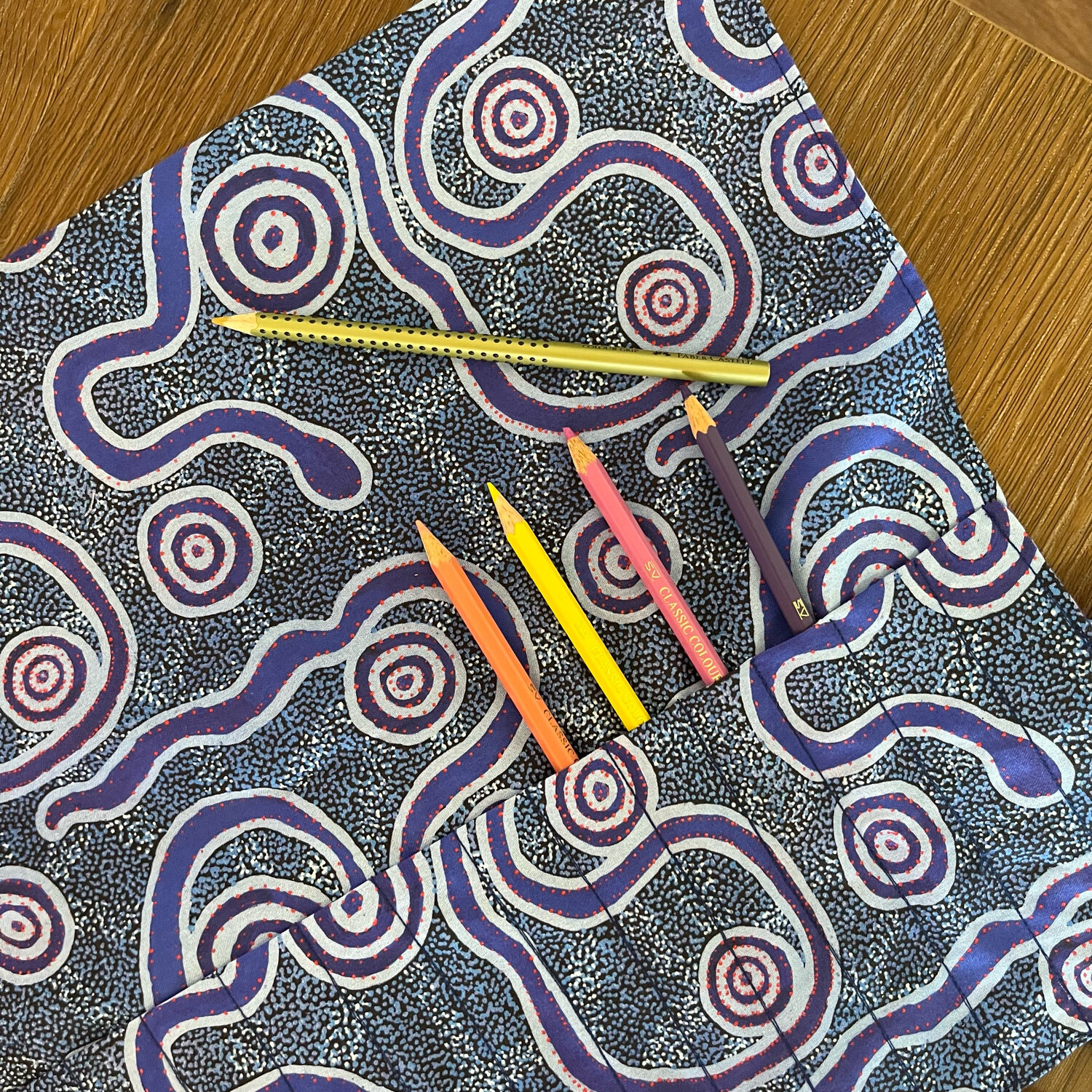 These art rolls will hold your pencils, paint brushes, or even makeup brushes.

With 15 slim insert pockets they fit enough pencils or brushes to keep most artists happy...

Wrap them up, take them with you or just use them on your desk at home.

One artist roll, with an attached fabric tie.

The place depicted in this painting, Ngama, is located south of Yuendumu in the Northern Territory. This Dreaming belongs to Nakamarra/Napurrurla women and Jakamarra/Jupurrurla men. This story describes the journey of Yarripiri, an ancestral 'warna' (snake). He travelled from Wirnparrku near Mt. Liebig to Yimparlu, and continued its way through the territories of Ngapanangka-jarra, Warlajirryi, Kurnmundu, Yinyirrinyi on to Ngama. Later Yarripiri travelled further north via Mijirlparnta (Mission Creek) and right through to the top end of Australia. Yarripiri was very sad as his family had left him behind at Wirnparrku. He was blind and crippled, but he was determined to follow and search them out. He had to be carried. This was the job undertaken by the 'kurdungurlu'(ceremonial police) of the Dreaming: the Nangala/Nampijinpa women and Jangala/Jampijinpa men. Where Yarripiri's tail slumped and touched the ground creeks were formed, such as Mijirlparnta, west of Yuendumu. Yarripiri tracks and paths are often represented by arc shapes or curved lines depicted across the canvas.

Handwash Separately in Cold Water before use.

Save this product for later
Display prices in: AUD